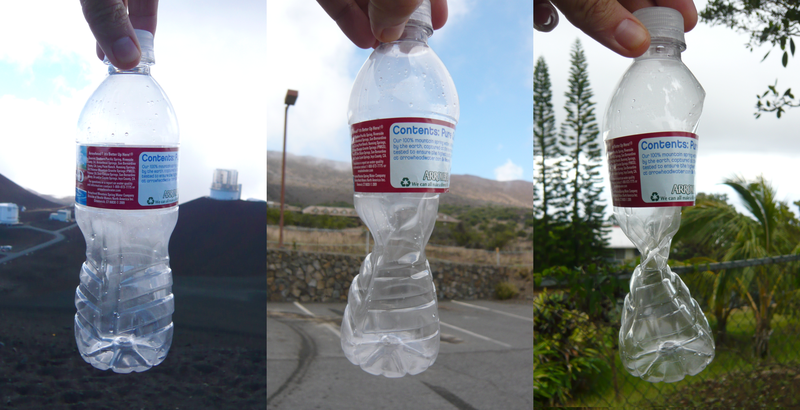 The air sealed in the bottle up a mountain at 4,267 metres was at a lower air pressure; as it has been brought down the mountain the higher pressures have crushed the bottle.

This graph shows how air pressure decreases with altitude (height) 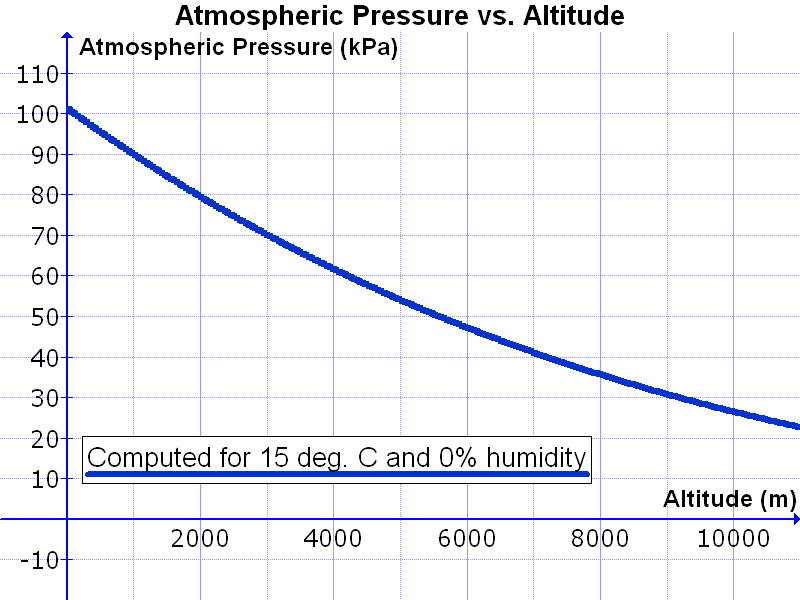 Pressure is the force applied perpendicular (think about a right angle) to the surface of an object per unit area.

Pressure = a force pushing on an area. 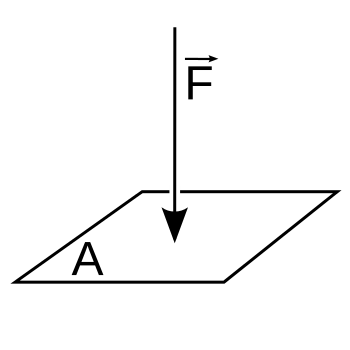 Think about a pile of exercise books sitting on a desk. The weight of the books = the pressure on the desk (or put them on a weighing scale).

Air pressure is the weight of the atmosphere pushing down on the surface of the Earth.

The SI (scientific) unit for pressure is the pascal (Pa), equal to one newton per square metre.

At normal gravity on Earth; a kilogram exerts a force of about 9.8 newtons.

A typical apple exerts about one newton, which we measure as the apple's weight.

In normal life the most common unit for measuring pressure is the bar. 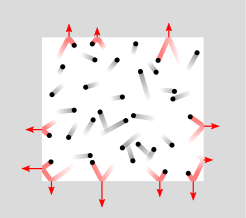 You will have encountered pressure as you blow up a balloon or a tyre on your bike. The pressure is the force of the air inside pushing outwards against the wall of the tyre or the rubber of the balloon.

If you pump or blow more air into a tyre or balloon the pressure increases. 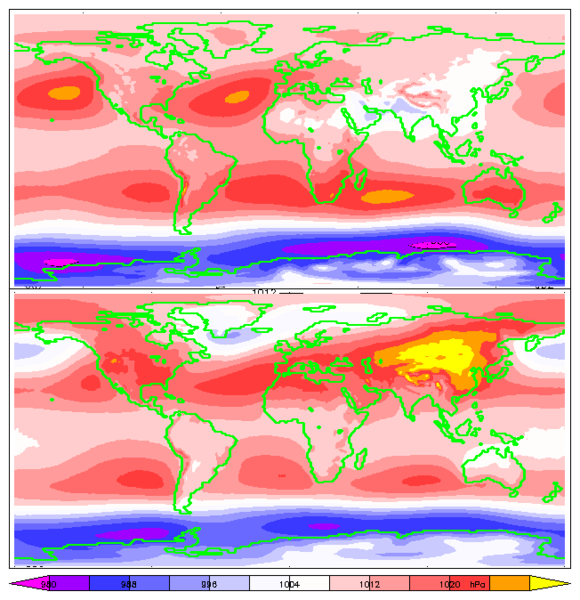 Where the sun is directly overhead (over and just North and South) of the Equator the air is warmed the most becomes lighter and rises.

The rising air cools and water vapour condenses into rain.

This creates a band of rain and low air pressure on or around the Equator which moves North and south as the seasons change.

The band of clouds can be seen on satellite images.

The band of clouds is caused by air rising which causes low air pressure.

The clouds form rain and this where we get rainforests forming.

Eventually the air will cool and form a convection cell.

In a convection cell warm air (convection can occur in any liquids or gasses) rises.

After rising it cools and starts to sink.

The most heat is received along the Equator; the air rises and splits into two convection cells. One to the North and one to the south.

Where the air sinks it creates a band of high pressure. This is at roughly latitudes 38˚North and 38˚South. 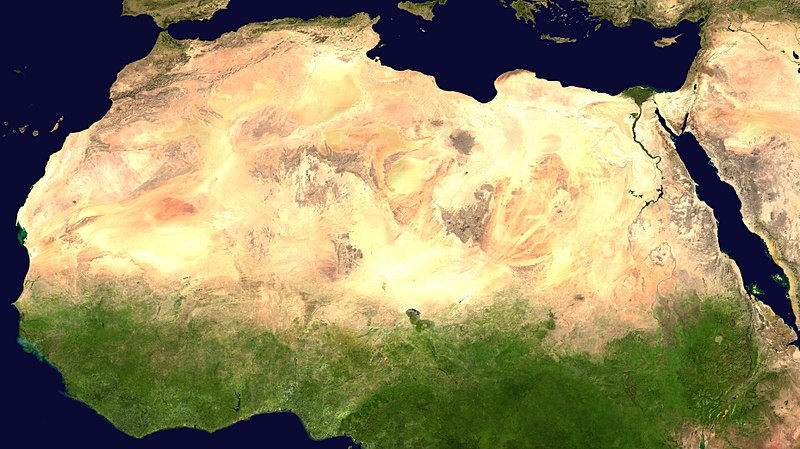 As air sinks it warms and any clouds/water vapour is evaporated so the skies are clear – this is where and why we get hot deserts like the Sahara Desert at these latitudes. 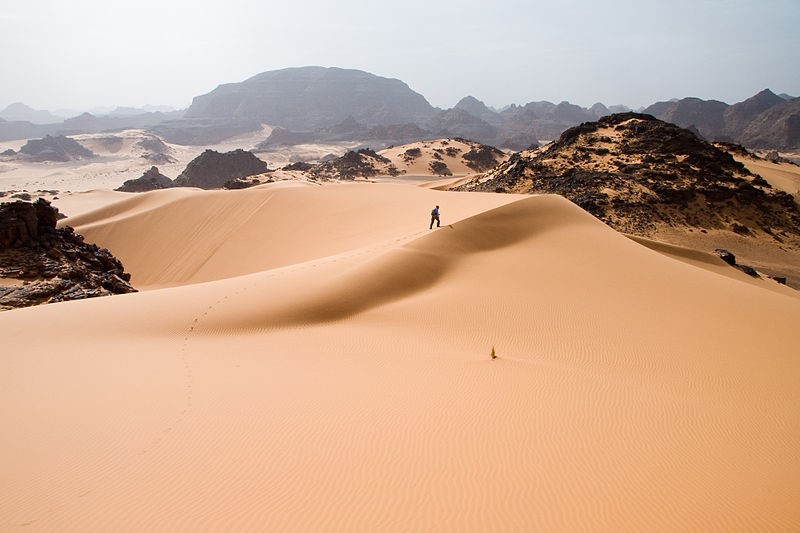 Further North and South the air splits into a further two convection cells in each hemisphere.

These cells also cause the main winds at the surface where air is flowing from the areas of high pressure back to areas of low air pressure. 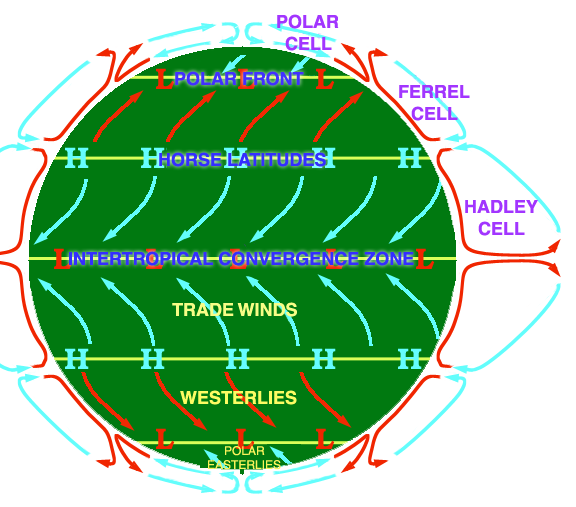 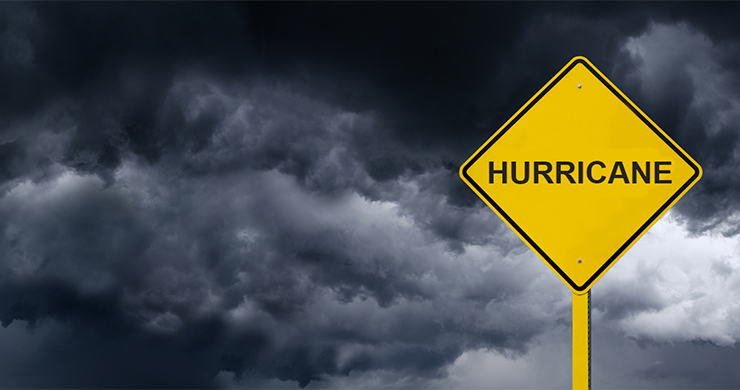 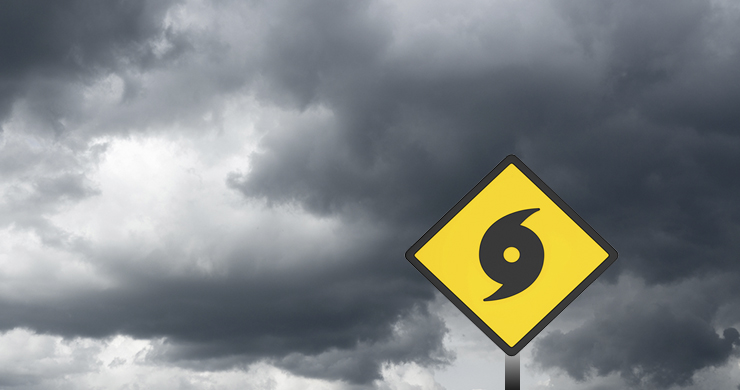