As the middle of August came and went and the end of the school holidays loomed nearer and nearer teachers and pupils looked out of the windows of Wales at the gloomy skies, wet pavements and the dripping of rain off trees.

Parents watched the weather forecasts each evening or checked phone apps to try and plan the following days for their children. With day after day of showers punctuated by longer days of rain it became harder and harder and more and more expensive to keep the children of Wales entertained.

It may seem that we wait ten months for the summer to arrive and when it does it is rain, rain, rain. But is this true? Why is the news full of stories of global warming, record temperatures, immense wildfires in drought struck Europe and people dying from the heat?

Sadly our gloomy summer weather and storms seems to be how climate change affects Wales for the majority of years while further East and South in Central and Southern Europe deadly heatwaves, droughts and vast fires are becoming the new normal. In GitN this edition we are going to investigate what we have just experienced for another summer in Wales and the other climate news stories from across our continent and beyond 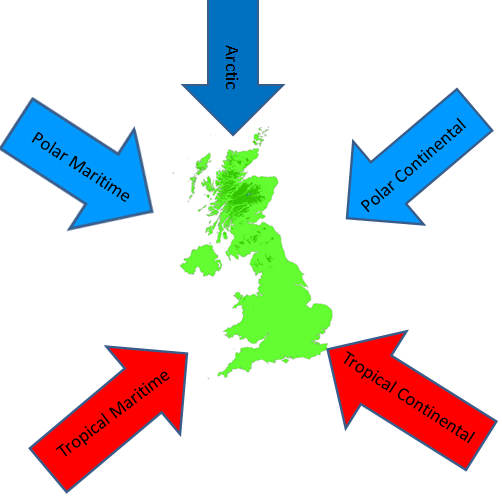 During 2017 and recent summers the UK has been caught in a constant flow of Polar Maritime air which in summer time brings cool temperatures and showers of rain.

As well as the dominant flow of Polar Maritime air there has also been frequent frontal depressions; fortunately in the summer of 2017 they were not too severe.

During the summer Wales would expect the dominant air masses to be Tropical Maritime and Tropical Continental.

Why Have Things Changed?

The path of westerly winds in the North Atlantic is controlled by regions with different air pressure.

Air pressure is the ‘weight’ or mass of air pushing down on the surface.

The ‘normal’ or ‘expected’ pattern of westerly winds and storms in the North Atlantic is controlled by:

In recent years the strength and sometimes the location of these two different high and low air pressure air masses have led to changes in the climate.

Sometimes the difference in air pressure between the two regions is more than usual sometimes it is less. This affects the path of a large upper air current called the Polar Front Jet Stream. 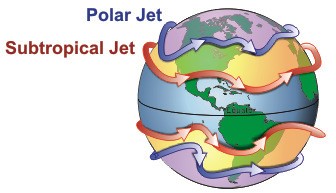 Variations in the strengths and sometimes locations of these two pressure systems is called the North Atlantic Oscillation (N.A.O.)

A bigger difference than usual in pressure is called a positive N.A.O.

A smaller difference than usual in pressure is called a negative N.A.O. 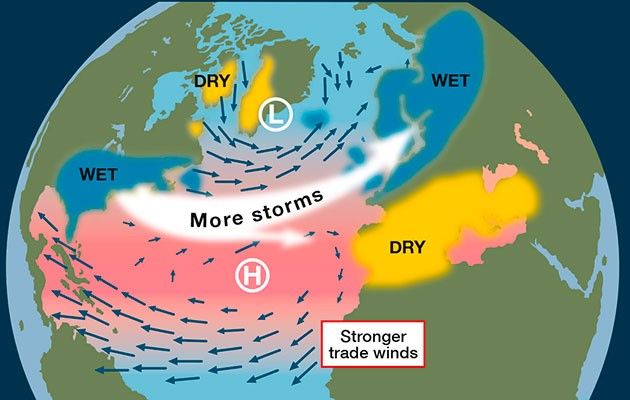 A negative N.A.O. is caused by a less well developed high to the south or low pressure to the north

This weaker pressure gradient and more southerly position of the Azores High means that the winter storms will tend to track further south.

This tends to bring unsettled weather into the Mediterranean and southern Europe while the UK is more affected by cooler and drier Polar Continental air.

This pattern has caused several colder winters for Northern and Eastern parts of the UK in recent winters. 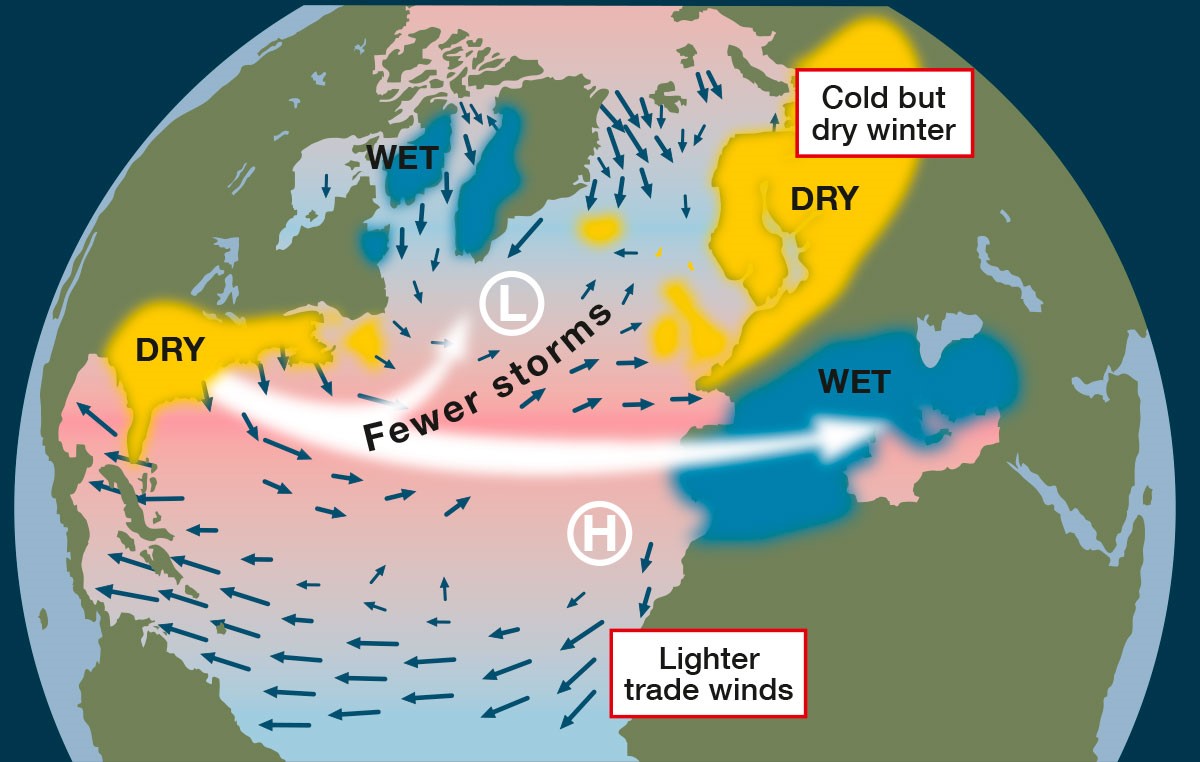 Links to other climate news.

As Southern Europe suffered extreme heatwaves, droughts and wildfires the BBC reported news that a study showed things could start getting a lot worse.

A major scientific study claimed that extreme weather could kill up to 152,000 people yearly in Europe by 2100 if nothing is done to stop current rates of climate change and increases reached 3˚C by the end of the Century.

The puppets paid by groups who make their vast fortunes from causing climate change jumped to try again to frame man made climate change as a debate instead of an accepted scientific fact and the president of the USA even officially withdrew from the Paris Climate agreement which was hoped might limit global increases to 2˚C by the end of the century.

Many said that the 3˚C increase the study was based on was too pessimistic but we at GitN prefer to listen to the experts.

At the same time NOAA one of the most respected scientific organisations in the World published its latest report into last year. We will look at it in the linked article.

1. Write a sentence or a paragraph describing what happens when the following air masses pass over a picnic in Wales in summer time. Concentrate on using strong adjectives.

2. Write another sentence or paragraph on what would happen if the Polar Front Jet Stream were overhead.

a. Hint 1: the Jet Stream is too high to feel it directly.

b. Hint 2: what does the Jet Stream help to start and then carry along?

The resource and accompanying sheet is designed to support the LNF framework while giving students key geographical knowledge about places in relation to changing patterns of weather & climate in Wales. 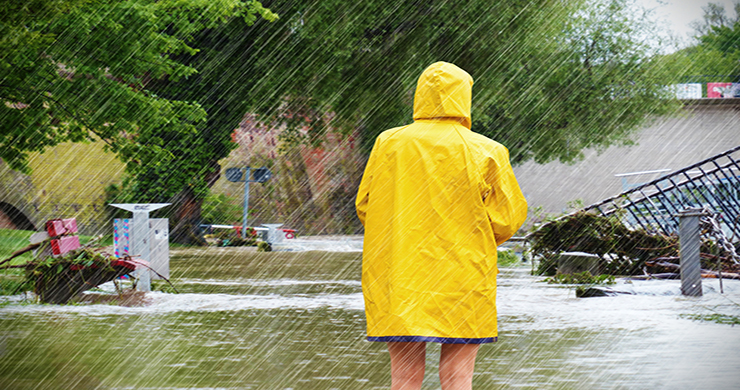 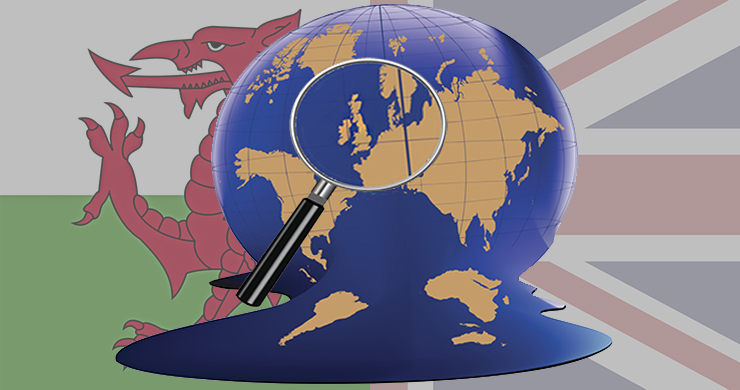 Investigating Climate Change in Wales and the UK