Rio de Janeiro (or just ‘Rio’) is the second largest city in South America and one of the most famous cities in the world. However it is also a real challenge for the government because it is extremely overcrowded.

Large housing areas have developed without proper planning. These areas often have no water pipes or sewerage systems. The streets are so narrow that only motorbikes can get through them! 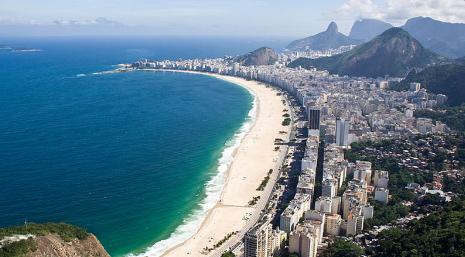 The problem is that the city is surrounded by steep mountains and the ocean, so it can’t grow outwards. The city streets become ‘gridlocked’ for hours with record breaking traffic jams. This makes life very difficult for workers and slows down economic growth.

It’s not all bad though – it’s these same towering peaks and beautiful beaches that make Rio one of the most attractive cities in the world for tourists. Tourism brings in many millions of US dollars to the city.

The 2016 Summer Olympics will be in Rio, as well as some huge football matches in the 2014 World Cup. These two massive events will hopefully help the city to develop and overcome some of its economic challenges, just like Newham in East London benefitted from last year’s Olympic Games.

A favela or shanty town like Rocinha in the picture below is an unplanned housing area in Brazil. Many thousands of people move from the countryside into cities in most LEDCs (inward migration). We call this process urbanisation. 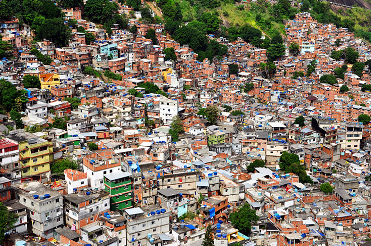 The Rocinha favela in Rio, home to nearly 70,000 people according to a 2010 census. in 2011 hundreds of police and soldiers moved into the favela to crack down on drugs gangs and bring law and order to the area.

Poor migrants moving to cities often end up on marginal land like dangerously steep slopes or areas that flood. They build rough shacks from waste wood, cardboard and plastic sheeting and the areas become crowded. There are no services like electricity or water in the favelas.

Sometimes shanty towns are demolished, but they normally reappear. The luckier people living there make enough money to improve their homes. When this happens the areas are called ‘self-help housing’.

Eventually these re-built and improved favelas might become a permanent part of the city, but they still have lots of problems:

Some of the biggest shanty towns in Rio are being demolished or rebuilt to make the city safer before the World Cup and the Olympics.

Urbanisation is the biggest form of migration in the world today. In poorer parts of the world the population is growing very quickly. There are not enough jobs for everyone in the countryside so people migrate to towns and cities.

Moving around in Rio’s favelas is almost impossible unless you are on foot or riding a motorbike. The mazes of steep, narrow paths don’t allow cars or trucks to get into the shanty towns.

Even the richer parts of Rio have major traffic problems. The ‘Centre Zone’ is the city’s C.B.D., full of businesses and their workers. The South Zone is where people with more money live (and also the area where Rio’s world famous beaches are found).

Because these zones are well developed they are wealthier, and with wealth comes cars. For several hours – morning and night - these zones are gridlocked with traffic jams on a regular basis.

Unlike most cities, Rio cannot spread out (something geographers call urban sprawl). As mentioned above, Rio is surrounded on all sides by either high, steep slopes or the sea. So what is Rio going to do?

So, we’ve thought about some of the challenges facing Rio:

What about some answers?

Rio’s planners decided to solve these problems by copying the USA and building ‘edge cities’ (see brain box below). They started by digging tunnels through the hills to link up with areas of flat land further up the coast. 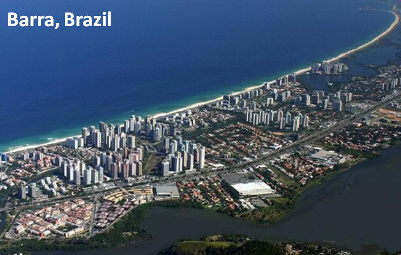 Rio’s planners started to build a brand new edge city called Barra. They have tried to avoid the problems that Rio faces by planning the new city perfectly! This means that Barra will have modern:

Barra will also be the site for most of the 2016 Olympic games which will provide even more jobs and encourage people to move there from overcrowded Rio. The planners hope that Rio’s population will start to drop. They would then remove unnecessary properties and improve the roads all over the Rio, especially the favelas.

Hopefully, once this is done, mass transportation systems can be built, just like in Curitiba (a very well designed city which we will look at in article 3 of this issue).

The idea of edge cities came from the USA. Cities like Los Angeles had daily gridlock which was affecting lots of people and businesses. Many large companies decided to relocate just outside the edges of the cities to specially planned new settlements. 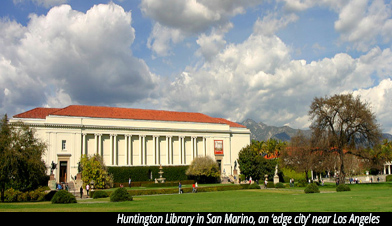 They also built housing areas, shopping malls and leisure facilities as well as hospitals and schools. Workers from Rio could have better, cheaper housing without the pollution, crime or traffic jams of the old city.

Write a letter or a diary entry about these changes – include some drawings or cut out pictures from the internet. 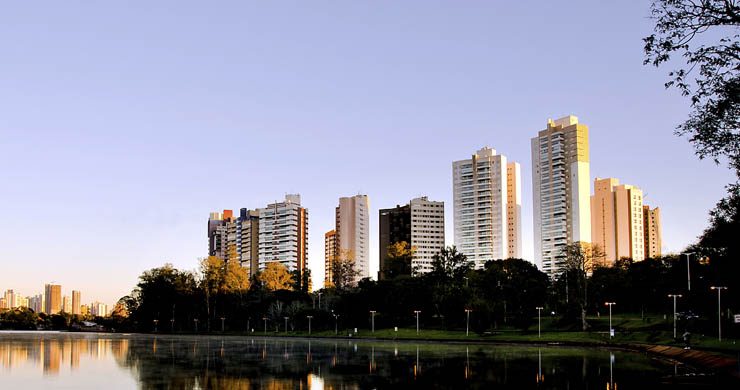 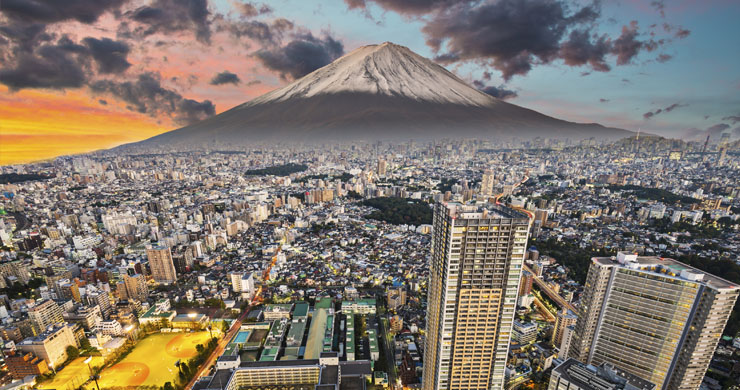